Why is Littermate Syndrome controversial? 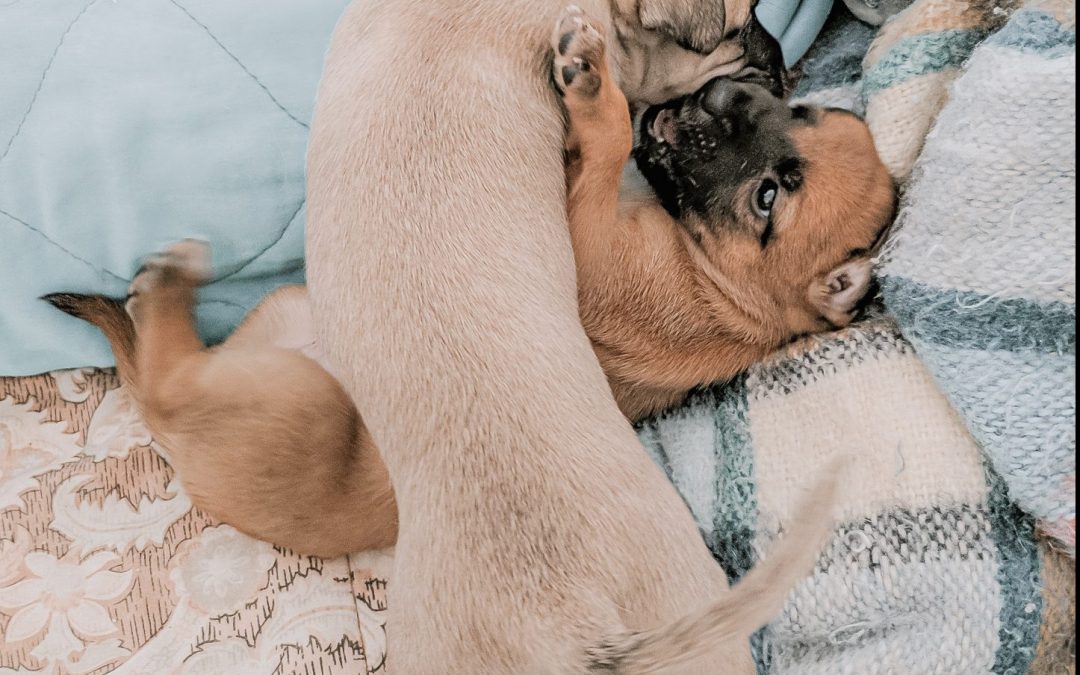 In an ideal world, bringing home two puppy siblings would be a fun and exciting way to get two times the love and fun in your household as you raise the new family members. However, some behavioral experts believe that issues can arise from this decision, which is why most behavioral dog trainers don’t recommend this choice. Littermate syndrome has become a controversial topic in the dog community. Some say it is real, some say it is not. Keep reading to find out what we think you should know about bringing home more than one puppy.

Controversy about the dangers: themselves. Littermate syndrome is a commonly used term to describe multiple forms of behavior issues that have been attributed to raising dog siblings or “littermates” (the dogs don’t have to come from the same parents, they can also just be close in age and raised together as siblings) in the same household past average adoption age.

These forms of aggression can lead to injuries of siblings/littermates and people who are exposed to the littermates. If littermate syndrome does exist, it makes sense that behavioral dog trainers would try to steer future pet adopters away from adopting littermates.

Controversy about whether it exists: All in all, this syndrome, real or not, has affected many people and gets people talking about canine behavior. What do you think? Is littermate syndrome real? Have you experienced it or witnessed it before? Let us know in the comments! Does your puppy need walks to burn energy?

Schedule our professional and reliable pet care services for the newest member of your family for your peace of mind!

Servicing the Davis, Woodland, Vacaville, and Dixon areas of California!

Check out our Pet Care Services for your beloved pet and then reach out to us via email or by calling 530-219-3656 today.

Pet Adoption 101: Tips for Raising a Kitten or Puppy

How and When to Train Littermate Puppies by American Kennel Club

Image Credits (In Order of Appearance):

Photo by sergio souza from Pexels

Photo by Wallace Chuck from Pexels

Image by kim_hester from Pixabay