How to Celebrate Pride Month With Your Pets 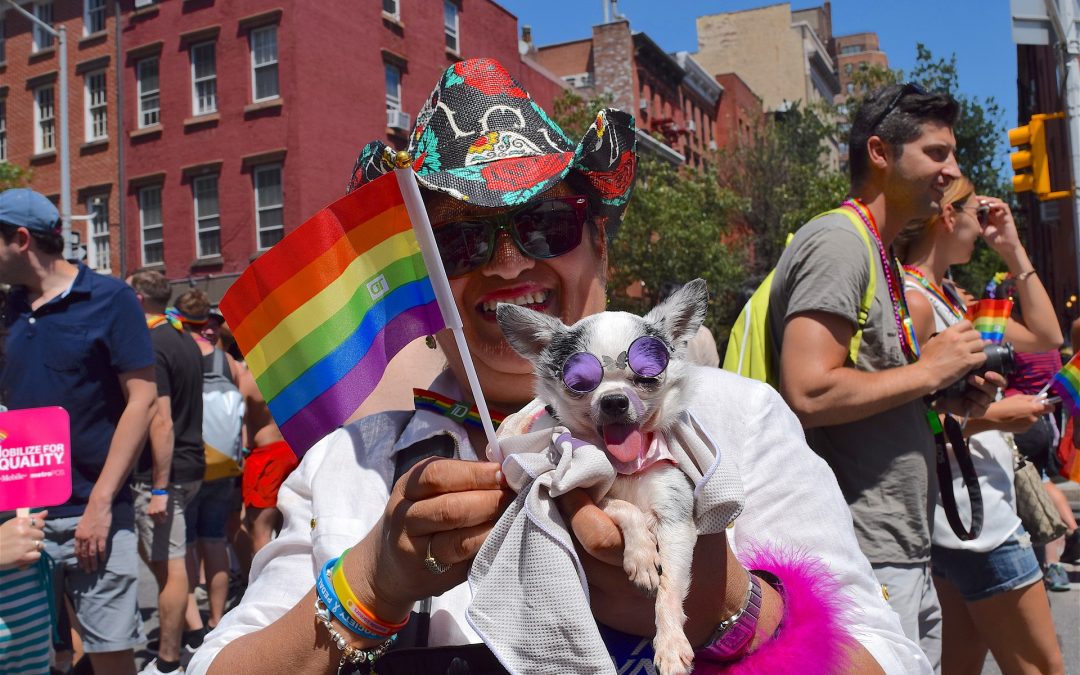 Every year hundreds of thousands of people and their pets gear up for pride festivals around the world, celebrating their identities and the rights they fight for each day. Many people celebrate pride with their pets! This year, many pride festivals have been canceled, but you can still celebrate with your pets at home. Pride festivals, marches, and more have been going on for many years. The first time pride was celebrated with a march was in June of 1970. This march happened as a first anniversary remembrance of the Stonewall Riots in New York City.

Pets have always been a huge part of pride, and it is rare to go to a festival/march and not see any dogs, cats, or other pets.

Read more about the history of pride here. Rainbow flags and other pride flags can be found all over the internet, sometimes local groups or businesses will have items for pets that they give away or sell during pride month.

-Support local LGBTQIA+ groups or businesses when purchasing these items.

-Make sure the items fit and don’t irritate your pet’s skin!

-Some groomers use pet-safe dyes to make great rainbow looks for your pets! Whether you’re a part of the community or an ally, Pride Month is a great time to show where you stand in regards to LGBTQIA+ equality. Show others why Pride Month matters to you, and why it should matter to them, too.

-Show everyone your why: Why do you support Pride Month?

-Tell others to get educated: How can they become a better ally?

-Advise others to get involved: Where/What is an organization that they can support?

Take some pictures or post a video of you and your pet(s) showing your support of Pride Month.

Pride is about more than just being LGBTQIA+. Learn more about the communities and organizations that celebrate Pride Month, and who they look to support/work with.

Professional and SAFE Care for Your Best Friend When You Cannot Be There!​ Check out our Pet Care Services for your beloved pet and then reach out to us via email or by calling 530-219-3656 today.

Queer Storytelling Series Focuses on Dogs from The Bark

Image Credit (In Order of Appearance):

Image by Robert Jones from Pixabay

Photo by Rosemary Ketchum from Pexels

Image by kiwifruiteducation from Pixabay

Photo by Daria Shevtsova from Pexels